The collaboration between the two organisations has made it possible to release a selected group of Spanish toothcarp, a Mediterranean species of fish declared in danger of extinction, into the Llobregat Delta, bringing the total number of individuals reintroduced this year to 239

The Barcelona Zoo Foundation and Damm are collaborating on a new project to conserve endangered species. The initiative, which is part of the educational programme “Let’s save the Spanish toothcarp”, has allowed a selected group of toothcarp to be released into the Llobregat Delta, bringing the total number of individuals reintroduced this year to 239. This species, native to Mediterranean waters and an indicator of the biodiversity of the area, was declared a threatened endemic species as population numbers had fallen considerably over recent years.

This action is part of the agreement signed last May between the two organisations to boost, promote and take part in actions that support the protection of biodiversity, and especially of the native fauna in the areas where the company operates. Vital support is also provided to the initiative by the Consortium for the Protection and Management of Delta de Llobregat Natural Spaces.

Commitment to the environment and its ecosystems

Within the efforts to achieve the 2030 Agenda Sustainable Development Goals, the Barcelona Zoo Foundation and Damm previously collaborated on important initiatives promoting the preservation of species in danger of extinction. The efforts of the two organisations have already achieved the reintroduction of two species in danger of disappearing from their natural habitats: the Majorcan midwife toad, an amphibian native to the Majorca’s Serra de Tramuntana, and the Spanish toothcarp, a species of fish common in the waters of the Mediterranean Sea. The projects have managed to stabilise the populations of these species, preventing their extinction.

Ten years of commitment to the reintroduction of the Spanish toothcarp

The Barcelona Zoo Foundation has now been committed to the reintroduction of the Spanish toothcarp into its natural habitat for a decade, since 2018 in collaboration with the Consortium for the Protection and Management of Delta de Llobregat Natural Spaces. Since 2021, the project has also had the support of Damm.

The objective of the plan to recover the Spanish toothcarp in the Llobregat Delta focuses on the creation of new population nuclei in different wetland areas, ensuring the long-term viability of the species. To this effect, the Barcelona Zoo Foundation and the Consortium promote the breeding of the species in captivity, implementing initiatives to improve its habitat, and studying its evolution over time.

In February 2019, the first initiative aimed at improving the natural habitat of this species was carried out with the excavation of a 200 m2 pond in the Can Camins pine grove in the town of El Prat de Llobregat. Given the good results obtained, two more similar ponds will be created, one this year and one next. 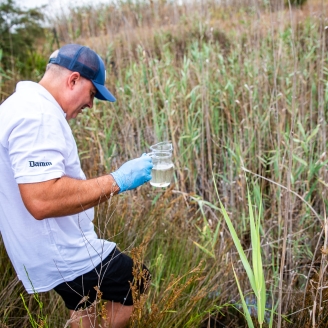 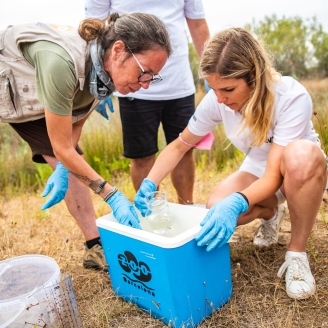 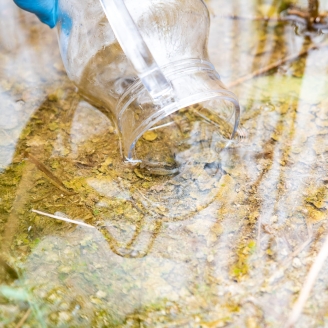