The new facilities, whose official opening coincided with the start of the Easter Week holidays, include new dissemination elements for raising awareness of the plight of this now endangered species

Barcelona Zoo is officially opening its new Dragon Land Discovery Centre. Its aim is to offer visitors an immersive experience that will enable them to discover first-hand the life of Komodo dragons. This new space, which can be visited as of today, coinciding with the start of the Easter Week holidays, will complement observations of these animals with various interpretative elements to help visitors understand the gradual decline this species has been experiencing in nature and which has taken them to the edge of extinction.

The Discovery Centre is integrated into Dragon Land, a facility that reproduces the National Komodo Park’s forest, located in the Lesser Sunda Islands, in the Indonesian archipelago. The new space is acoustically arranged to offer an immersive experience that transports visitors to the dragons’ natural habitat. It incorporates new interpretation and dissemination elements, including the reproduction of a nest and life-size replica of a dragon. In addition, it offers screenings of a panoramic video that explains the plight of the species and becomes a surround sound experience, thanks to 30 loudspeakers distributed throughout the room.

The modernisation of the Komodo dragons' facility is part of the Zoo’s transformation process, based on its new model, which reaffirms its commitment to the conservation of species. In fact, Barcelona Zoo has become an important player in the ex situ conservation of dragons, participating actively in the EAZA Ex-situ Programme (EEP), formerly known as the European Endangered Species Programme, coordinated by the European Association of Zoos and Aquaria.

The current Komodo dragon population in nature is estimated to be between 5,000 and 6,000. Most live in the Komodo National Park, where there has been a steady reduction both in numbers and in the size of protected areas. Human activity is responsible for the decline: Destruction of habitats so crops can be cultivated; fragmentation of populations owing to growth of urban centres and decline in prey caused by hunting and illegal trafficking of pets. For all these reasons, the status of the species has worsened on the International Union for Conservation of Nature (IUCN) red list, from considered vulnerable to endangered species.

A new educational, family-orientated activity is being launched for Easter Week, the “La closca de la tortuga” [tortoise shell] workshop. It aims to provide an in-depth look at the situation of Catalonia’s native tortoises.

Meanwhile, as a supplement to free visits to the complex, visitors will still be able to choose between various workshops relating to animal welfare, conservation of endangered species and zoology. Run by the Zoo School’s team, these activities are included in ticket prices and do not require prior booking.

These are the initiatives launched by the Zoo to reaffirm its commitment to society as a centre for biodiversity conservation and raising public awareness.

Another new development is the completion of the first phase of the remodelling of the children’s play area. The space incorporates new structures designed for children of all ages and which have been chosen based on inclusiveness criteria.

One of the main improvements is the 38m2 large expanse of sand specifically intended for young children who are at the crawling stage. Other play equipment in the area includes a wooden sailing boat, various structures made from logs, a walkway with an elastic strap, a round table for playing with clay, two mobile horses and a horse-drawn carriage. The second phase, which will be carried out at the end of the year, will complete the comprehensive renovation of the play area.

The Zoo aims to use this initiative to strengthen its position as an educational family leisure space. 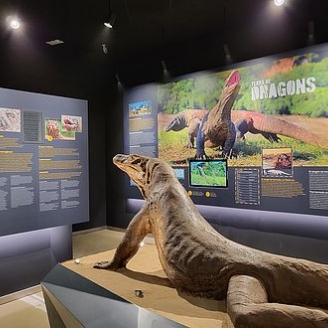